Friends and Family of Barb 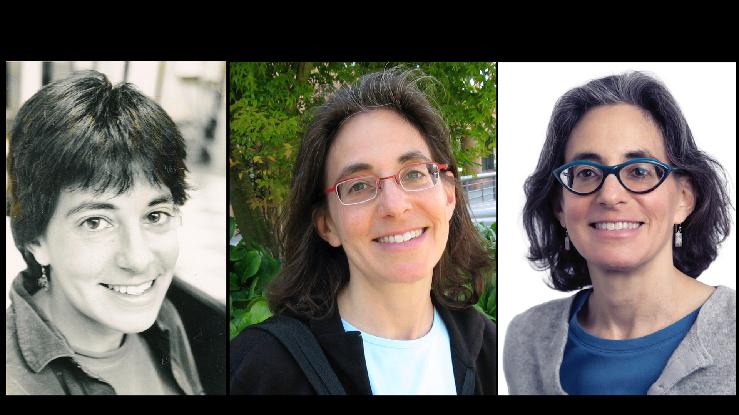 Richard and Deborah Even

Dr. Barbara L. Berg passed away at age 56 on Friday, March 13, 2020 from adrenal cortical carcinoma. She is survived by her loving husband Dr. Dan Gottschling, mother Illene Berg, sister Amy Berkowitz and her husband Ken, and brother David Berg and his wife Maggie and their children, Jesse and Jagger. Barb’s father, Fred, predeceased her. Barb developed her zeal for the sciences as early as high school (in Fort Lee, NJ), with continued pursuit at UMASS Amherst (BS in Zoology 1986); Cornell University (PhD 1991); Harvard Medical School (post-doc); University of Chicago (post-doc).

All gifts donated in memory of Barb will be used to fund the Dr. Barbara L. Berg Scientific Career Transition Program at the Fred Hutchinson Cancer Research Center.

This Program is designed to pay tribute to Barb’s long-standing commitment to the sciences, the family of coworkers and mentors she developed through her years as an invaluable member of the Fred Hutch community, and to the individuals and teams she encouraged and supported throughout her career. At the Hutch, Barb served in various capacities, and began her transition from working in the lab to performing key roles in the advancement of scientific research: program manager for the Science Education Partnership; science writer, strategic communications adviser, inter-institutional research administrator and, ultimately, Chief of Staff in the President & Director’s Office under Drs. Lee Hartwell and Larry Corey. At the Hutch, she also served as co-author with Dr. Paul Neiman of a monograph, published in 2015, called the “Fred Hutchinson Cancer Research Center History Project.”  Barb continued to pursue her career in the sciences at the Allen Institute for Brain Science before landing her role as the Senior Principal Manager of Communications and Engagement at Genentech.

Barb’s path from the science side to the business administration team at the Hutch was based on her keen insight that the advancement of scientific research requires engaging the public through clear and understandable communications, as well as a strong management team & infrastructure. Barb was deeply inspired by the network of support and camaraderie she found in the scientific community. At the Hutch her coworkers became her family, unified in a passion for discovery and striving for results that would benefit others.

The purpose of this program is to encourage and support other like-minded individuals to continue in the path that Barb paved while at the Hutch and throughout her career, in furtherance of her commitment to science research.

Applications and nominations will be accepted from Fred Hutch graduate students, postdocs, staff scientists and administrators who previously obtained a PhD in science. These scientists will be placed with seasoned mentors guiding them to develop new skills and evaluate new areas of interest--helping them transition from a career as a researcher to a career that communicates and/or facilitates research at Fred Hutch. Those accepted will receive funds to offset the cost of an internship, continuing education or conferences that will help them pursue their career goals.

Fred Hutch is proud to be an Equal Employment Opportunity (EEO) and Vietnam Era Veterans Readjustment Assistance Act (VEVRAA) Employer. We are committed to cultivating a workplace in which diverse perspectives and experiences are welcomed and respected. We do not discriminate on the basis of race, color, religion, creed, ancestry, national origin, sex, age, disability (physical or mental), marital or veteran status, genetic information, sexual orientation, gender identity, political ideology, or membership in any other legally protected class. We are an Affirmative Action employer. We encourage individuals with diverse backgrounds to apply and desire priority referrals of protected veterans. Read the EEO is the Law poster here.